This article first appeared in Bloomberg News on 18 Oct 2017. As usual, BBTE Club comments are in red text.
By the most measures, China has passed the U.S. and is pulling away. 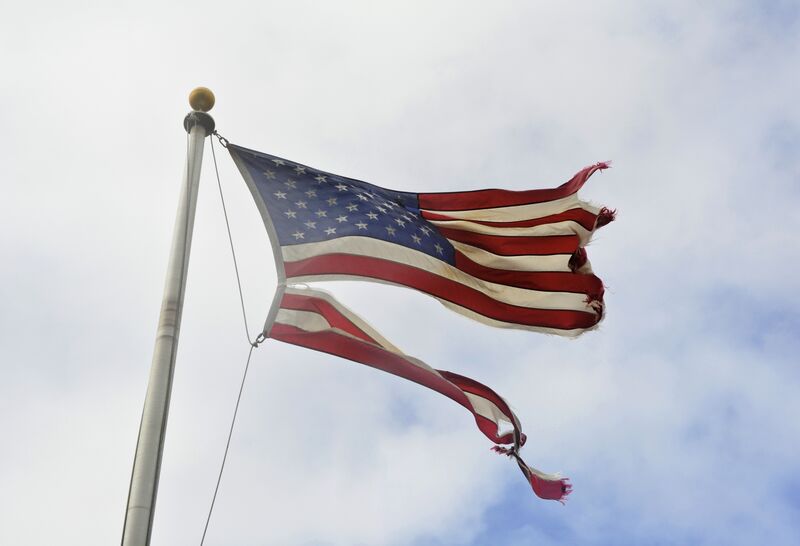 What’s the most powerful country in the world? There’s a good case to be made that it’s China.

There are many kinds of power — diplomatic, cultural, military and economic. So an easier question to ask is:

After all, the U.S. still produces the most when measured at market exchange rates:

But this comparison is misleading, because things cost different amounts in different countries.

Gross domestic product is supposed to measure the amount of real stuff — cars, phones, financial services, back massages, etc. — that a country produces.

If the same phone costs $400 in the U.S. but only $200 in China, China’s GDP is getting undercounted by 50 percent when we measure at market exchange rates.

In general, less developed countries have lower prices, which means their GDP gets systematically undercounted.

Economists try to correct for this with an adjustment called purchasing power parity (PPP), which controls for relative prices.

It’s not perfect, since it has to account for things like product quality, which can be hard to measure.

But it probably gives a more accurate picture of how much a country really produces.

And here, China has already surpassed the U.S.:

If you don’t trust the murky PPP adjustments, a simple alternative is just to look at the price of a Big Mac.

The same burger costs 1.8 times more in the U.S. than in China.

Adjusting the market-exchange-rate GDP numbers by that ratio would put China even farther ahead.

In some dimensions, China’s lead is even larger.

The country’s manufacturing output overtook that of the U.S. almost a decade ago.

Its exports are more than a third larger as well.

American commentators may be slow to recognize China’s economic supremacy, but the rest of the world is starting to wake up to the fact.

This doesn’t mean China’s population is the world’s richest — far from it.

The countries with the highest income per person, in order, are Qatar, Luxembourg, Singapore, Brunei and the United Arab Emirates.

But few would argue that Qatar or Luxembourg is the world’s leading economy — while per-capita numbers are important for the well-being of a nation’s people, they don’t translate into comprehensive national power unless a country also has a large population.

China’s modest per-person income simply means that the country has plenty of room to grow.

Whereas developed countries can only get richer by inventing new things or making their economies more efficient, poor countries can cheaply copy foreign technology or imitate foreign organizational practices.

That doesn’t always happen, of course — many poor countries find themselves trapped by dysfunctional institutions, lack of human capital or other barriers to development.

But there’s good reason to think that China will overcome at least some of these obstacles.

Economists Randall Morck and Bernard Yeung have a new paper comparing the histories of Japan and South Korea — both of which climbed out of poverty to achieve rich-country status — with the recent rise of China.

They find that China’s institutions are, broadly speaking, developing along the same path followed by its successful neighbors.

In other words, not only is China already the world’s largest economy, the gap between it and the U.S. can be expected to grow even wider.

This continues to be borne out in the growth statistics — though China has slowed in recent years, its economy continues to expand at a rate of more than 6 percent, while the U.S. is at just over 2 percent.

If that disparity persists, China’s economy will be double that of the U.S. in less than two decades.

So economically, China has surpassed the U.S., and is on track to zoom far ahead in the near future.

But what about military power?

Here, it still looks like the U.S. reigns supreme.

It spends more money on its military than China, has a larger nuclear arsenal, and — thanks to its recent wars in Afghanistan and Iraq — has a more seasoned fighting force as well.

But that doesn’t mean that the U.S. would win a war, if the two countries fought.

A full nuclear exchange, of course, would have no winners.
But in a protracted conventional struggle, there’s a good chance that China’s weight of numbers and manufacturing prowess would win out.

As an analogy, consider the U.S. and Japan in World War II.

At the beginning of the war, Japan’s aircraft carrier force outnumbered that of the U.S., and its navy was far more seasoned (due to Japan’s war in China).

But when the war began, the U.S. greatly outproduced its opponent:

Economic Size Made all the Difference

China has a larger GDP, more manufacturing output and four times the population.

And as its recent advances in stealth technology, directed energy weapons, hypersonic missiles and other areas demonstrate, its military technology isn’t that far behind the U.S.

In a drawn-out war, once the mighty Chinese steamroller got moving, it would be unstoppable.

In other words, China is now in a position similar to that of the U.S. at about the turn of the 20th century — a formidable superpower that just hasn’t yet felt any reason to exercise its dominance.

Once the U.S. woke up to the need to throw its weight around, no one doubted its primacy.

It may choose to remain restrained on the international stage, with a modest nuclear arsenal and a light footprint in global institutions.

If so, its dominance will remain a lurking, looming potentiality instead of a real and present fact of life.

But some will not count on that happening.

So, should one bet on the stock market in US or China in the long term? Obviously the time horizon is important if you want to ride on these markets.

However, irregardless of your time horizon, always look at the trend and momentum of these markets to guide your trading portfolio.

A simple understanding of BBTE Club’s TS and MP sheets could help you to achieve your trading objective.

Bloomberg Intelligence analysts identified 50 publicly traded companies—out of the 6,000 they track—worth special attention because they plan to release significant products and services in the coming year or because they face unusual challenges. To assemble the list….

Each year the International Monetary Fund projects gross domestic product per capita—a rough measure of living standards—for almost every country in the world. The annual shifts aren’t big, although notice that China has gradually improved from poor to lower-middle-income. The country outlooks are based….

The big story for 2018 is likely to be how to manage the continued expansion. A turning point may come at the end of September, when the European Central Bank might stop or curtail monthly bond purchases. The Japanese will keep buying, the Americans and soon the Europeans are betting that….

Property, overseas investments and shadow-banking products have all been targeted by China’s campaign to curb financial risks over the past year. What’s left? Some analysts are betting that restrictions on other popular investment channels will lure what’s often called China’s giant ball of money back into….

Risk and Disclaimer Statement
Bulls & Bears Trading Education Club (BBTE Club) is an Education Club set up to train, educate and share among its like-minded thinking members in mainly among others, trading psychology and the use of technical indicators or other statistical information via the use of mathematical algorithm or trading software to identify market trends, opportunities, risks and conditions. We are a training and educational firm in the use of advanced and specialised trading techniques and strategies based on such software or technical and mathematical algorithm calculation analysis. All analysis and information provided by us are for training and simulation purposes only to demonstrate the use of such software or technical analysis methods and are only for general information and should not be construed as an investment advice or a recommendation to you or anybody else at any time or in whatever circumstances to buy, hold or sell any specific financial securities or markets. Please note that we are not investment advisers and we do not provide investment advisory or services whether implied or express in our materials. You must seek advice or help from a licensed regulated professional or investment adviser mandated by law if you require investment advice or services. You should also consult with your licensed investment adviser before attempting any real-life trading or investments in the marketplace. Please read, understand and agree with our full "Risk And Disclaimer Statement" here and our full Terms of Service at this website before you choose at your own free mind and consideration to use any information at our website, newsletter or in any of our communication with you at your own sole risk and reward.

Use this form to find things you need on this site

Join As A Free Member

Join BBE Club and get loads of free tips, techniques and reports from us every day! You will love the educational info and tips that you get from us.